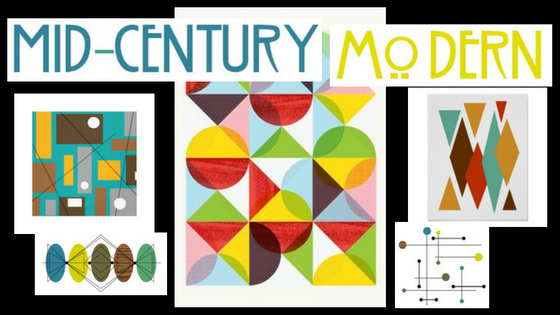 If you're new here, you may want to subscribe to our RSS feed. Thanks for visiting!

Mid-Century modern is a term used to define architecture,furniture, and graphic design from the middle of the 20th century.

Mid-Century residential architecture was simply designed and quickly built. The style emphasized horizontal lines, featured many windows, and had an open flow from room to room. There was a fluid transition between the indoor and outdoor environments.

Furniture design of the time reflected the streamlined look of the home, with curves and geometric shapes replacing ornate detailing. By the early 1950s, the most iconic furnishings of the era featured the modern design we today refer to as Mid-Century Modern (or MCM) furniture.

Mid-Century modern’s emphasis on simplified form, the use of natural materials, and a blurring of the lines between indoors and out combines to create stylish, functional comfort. MCM is a style that marries organic and human-made design into one.

Mid-Century furnishings are stripped down to their essential forms, with little excess detailing. Rich wood and bold fabric are often paired, for a look that embraces the natural world with a touch of personal panache.

Central ideals of Mid-Century designers were to enjoy a minimalistic life while rediscovering a lost connection with nature. With the uptick in sustainable design practices over the last 15 – 20 years, it’s fitting that these ideals have once again gained popularity.

Why does MCM furniture continue to be popular with manufacturers and consumers alike? Because Mid-Century furnishings are well-made, timeless, and the designs still feel relevant to today’s interiors. Thus, the market for Mid-Century modern furniture has endured into the 21st century.

“Familiarity is also a factor in midcentury’s enduring popularity. Baby boomers who grew up with midcentury designs are [in] the market for both the originals and the reproductions. For this generation, the designs are a direct connection to their youth.” (Curbed, April 2015)

It’s hard to argue with the appeal of Mid-Century Modern furniture – it’s streamlined, sleek, functional with great form, and can be customized for a fully retro look or brought into modern day with on-trend fabric colors and patterns.

We also have Project Managers who’d be happy to guide you toward the mid-century furniture you’ve been looking for. 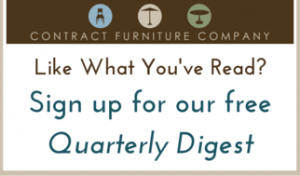